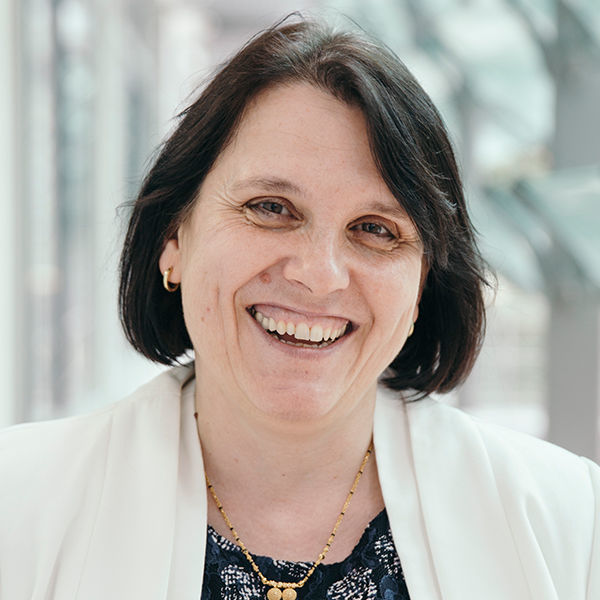 Topology, a mathematical concept, recently became a hot and truly transdisciplinary topic in condensed matter physics, solid state chemistry and materials science. All 200,000 inorganic materials were recently classified into trivial and topological materials: topological insulators, Dirac, Weyl and nodal-line semimetals, and topological metals. Beyond Weyl and Dirac, new fermions can be identified in compounds that have linear and quadratic 3-, 6- and 8- band crossings that are stabilized by space group symmetries. Around 20% of all materials host topological bands. In my talk I will focus on semiconductors and semimetals which combines topology with magnetism, superconductivity etc..

Claudia Felser studied chemistry and physics at the University of Cologne (Germany, completing there both her diploma in solid state chemistry (1989) and her doctorate in physical chemistry (1994). After postdoctoral fellowships at the Max Planck Institute in Stuttgart (Germany) and the CNRS in Nantes (France), she joined the University of Mainz (Germany) in 1996 becoming a full professor there in 2003. She is currently Director at the Max Planck Institute for Chemical Physics of Solids in Dresden (Germany). Her research foci are the design and discovery of novel inorganic compounds, in particular, Heusler compounds for multiple applications and new topological quantum materials. In 2011 and again in 2017, she received an ERC Advanced grant. Felser was honored as a Distinguished Lecturer of the IEEE Magnetics Society, she received the Alexander M. Cruickshank Lecturer Award of the Gordon Research Conference, a SUR-grant Award from IBM and the Tsungmin Tu Research Prize from the Ministry of Science and Technology of Taiwan, the highest academic honor granted to foreign researchers in Taiwan. In 2019, Claudia Felser was awarded the APS James C. McGroddy Prize for New Materials together with Bernevig (Princeton) and Dai (Hongkong). She is a Fellow of the American Physical Society and the Institute of Physics, London. In 2018, she became a member of the Leopoldina, the German National Academy of Sciences, and acatech, the German National Academy of Science and Engineering. In 2020, she has been elected to the United States National Academy of Engineering (NAE).