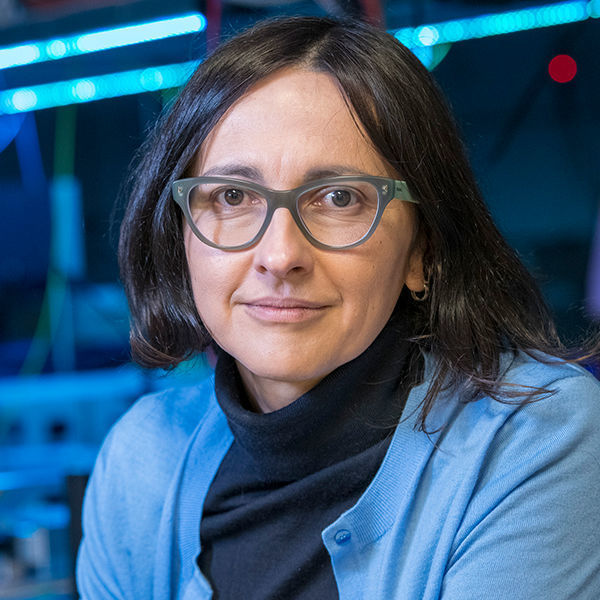 At the core of most quantum technologies, including quantum networks, quantum computers and quantum simulators, is the development of homogeneous, long lived qubits with excellent optical interfaces, and the development of high efficiency and robust optical interconnects for such qubits. To achieve this goal, we have been studying color centers in diamond (SiV, SnV) and silicon carbide (VSi in 4H SiC), in combination with novel fabrication techniques, and relying on the powerful and fast photonics inverse design approach that we have developed.

Jelena Vuckovic is a professor at Stanford, where she leads the Nanoscale and Quantum Photonics Lab. She is also the director of Q-FARM: the Stanford-SLAC Quantum Initiative. Vuckovic has won numerous awards including the IET AF Harvey Prize, James P. Gordon Memorial Speakership from the OSA, Humboldt Prize, the Distinguished Scholar Award from the Max Planck Institute for Quantum Optics, Hans Fischer Senior Fellowship, the Presidential Early Career Award for Scientists and Engineers, and the Young Investigator Awards from DARPA and the Office of Naval Research. She is a Fellow of the American Physical Society (APS), of the Optical Society of America (OSA), and of the Institute of Electronics and Electrical Engineers (IEEE).