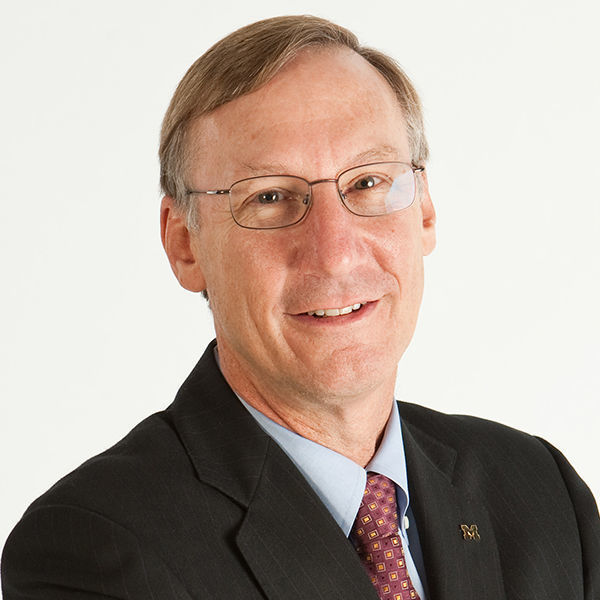 The extremely rapid adoption of organic LEDs in both mobile and television display markets has been driven by their ultrahigh efficiency, large color gamut, thin form factors and long lifetimes. But this successful experience has given rise to the question: what's next for organic electronics? To be sure, there are other opportunities waiting in the wings. Examples include OLED lighting, organic solar cells, and organic transistor electronics. In this talk I will present a vision of what might lie ahead in this growing field. The enormous range of organic devices, and interesting new physical and materials properties accessible to this class of materials will be discussed. And I will try to answer the question: what is the next big opportunity of this emerging field of optoelectronics.

Prof. Stephen R. Forrest has earned a B. A. in Physics in 1972 from the University of California, and both a MSc and a PhD in Physics in 1974 and 1979 from the University of Michigan. In 1985, Prof. Forrest joined USC and, in 1992, moved to Princeton University. In 2006, he rejoined the University of Michigan as Vice President for Research, where he is the Peter A. Franken Distinguished University Professor. A Fellow of the APS, IEEE and OSA and a member of the National Academy of Engineering, the National Academy of Sciences, the American Academy of Arts and Sciences and the National Academy of Inventors, he has received numerous awards and medals for his invention of phosphorescent OLEDs, innovations in organic LEDs, organic thin films, and advances in photodetectors for optical communications. Prof. Forrest has authored nearly 630 papers and has 350 patents. He is co-founder or founding participant in several companies, including Sensors Unlimited, Epitaxx, NanoFlex Power, Universal Display and Apogee Photonics, and is on the Board of Directors of Applied Materials. He is past Chairman of the Board of the University Musical Society and served as Chairman of the Board of Ann Arbor SPARK, the regional economic development organization and is now on its Board of Directors. He has served on the Board of Governors of the Technion – Israel Institute of Technology where he is a Distinguished Visiting Professor of Electrical Engineering. Currently, Prof. Forrest serves as Lead Editor of Physical Review Applied and recently joined the Air Force Studies Board.  His first book, Organic Electronics: Foundations to applications, was published in September, 2020.